These Coconut Tres Leches Cupcakes are the mini version of the renown Latinamerican dessert. Their flavor is unprecedented, and the moist texture due to the three kinds of milk is unbelievable. And to round things off, the shredded coconut makes them irresistible.

Have you ever been obsessed with a dessert? Well, before moving to Australia, I’d never tasted the wonderful Tres Leches dessert. Despite the fact it comes from Latin America, I had never seen in Buenos Aires and much less in my city.

One day, researching for new recipes, I came across this dessert and I believe I made it around 3 or 4 times. Are you getting my obsession? As expected, after this intense Tres Leches period, I abandoned the recipe for a while. Until one day, thinking about what kind of cupcakes I could make for my blog, I came up with this combination.

The vanilla base is extremely spongy and moist, while the whipped cream and crunchy shredded coconut give them the final perfect touch.

What’s the origin of the Tres Leches dessert

Some believe it is a Peruvian dessert, while others state it was created in Mexico. In order not to hurt anyone’s feelings, I would like to believe it is a Latin American dessert. In Argentina, until moving to Australia, I had never had it.

Let’s not forget I come from a sort of small city. But even in Buenos Aires, I never came across this exquisite dish.

There are heaps of “original” recipes out there, like the one that started to show up on Nestlé condensed milk cans in the 1940s. Some of them have an additional hero element, like strawberries, dulce de leche or coffee.

How to make these Coconut Tres Leches Cupcakes

The recipe for these Coconut Tres Leches Cupcakes is mega simple, although the ingredient list is a bit longer than usual. However, like most of my recipes, there a few tips I would like to share you get the best version of these wonderful little treats.

The base for the cupcakes is basically like most cakes. We just have to make sure to whisk very well the butter with the sugar and eggs. The more air it gets, the spongier it’ll be. The spongier, the more liquid it’ll absorb. Already drooling just thinking about it…

Once we pop them into the oven, we can start prepping the Tres Leches mix.

What kind of milk should you use

If you can’t find evaporated milk (which happens in some countries), you can replace it with cooking cream. Same goes for coconut milk. I would still suggest you find some, as it gives the cupcakes a very subtle but delicious taste.

So to prepare these mix, you just need to pour them all in a mid-size bowl. While whisking, make sure to scrape the bottom. As the condensed milk is thicker than the rest, it can sink to the bottom. We do NOT want this.

How to pour the Tres Leches mix on the cupcakes

Once the cupcakes are at room temperature, stick them with a fork or toothpick a few times. In order not to ruin them, I recommend doing this step with lots of love and patience 🙂

Without removing the cupcakes from the muffin tin, as shown in the image, slowly pour the Tres Leches mix on each one. Don’t panic if they don’t absorb the liquid right away. Basically, we’ll pour a bit onto a cupcake and then move to the next. When we get to the last, the mix will probably have been “disappeared” from the first ones we did. Let’s repeat the process until they cannot take more liquid.

Note that it’s possible for the liners to get a bit split from the dough. It’s ok! Once we pour all the liquid, we’ll pop them in the fridge for an hour or so, until the base absorbs all the yummy liquid.

How to decorate these Coconut Tres Leches Cupcakes

This part gives you total freedom to play around. I would suggest prepping the whipped cream as the recipe indicates, without sugar, as they are already quite sweet.

So, on top of the cream, sprinkle some shredded coconut. I like roasting it for 5 minutes. This not only gives the coconut an amazing toasty color, but also enhances its flavor.

That’s all you need to know to prepare these Coconut Tres Leches Cupcakes. I really hope you enjoy them as much as I did when baking and sharing them with you.

Don’t forget to leave a comment down below if you try these cupcakes (and why not, an Uber-style rating? ★★★★★). It not only helps me, but also other people that want to try it. You can also tag me on Instagram or Pinterest so I get to check your photos or send them privately. 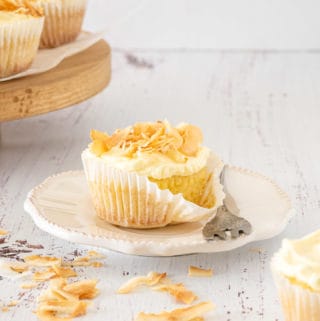 Paula Delapenna
These vanilla cupcakes covered in whipped cream and coconut are the mini version of the classic Latin American dessert. Their flavours is unprecedented, and the three milks (Tres Leches) make them super moist. And what's even better, we get shredded coconut as the final touch.
Print It Pin It
Prep Time 20 mins
Cook Time 15 mins
Total Time 35 mins
Course Cupcakes
Servings 12 cupcakes 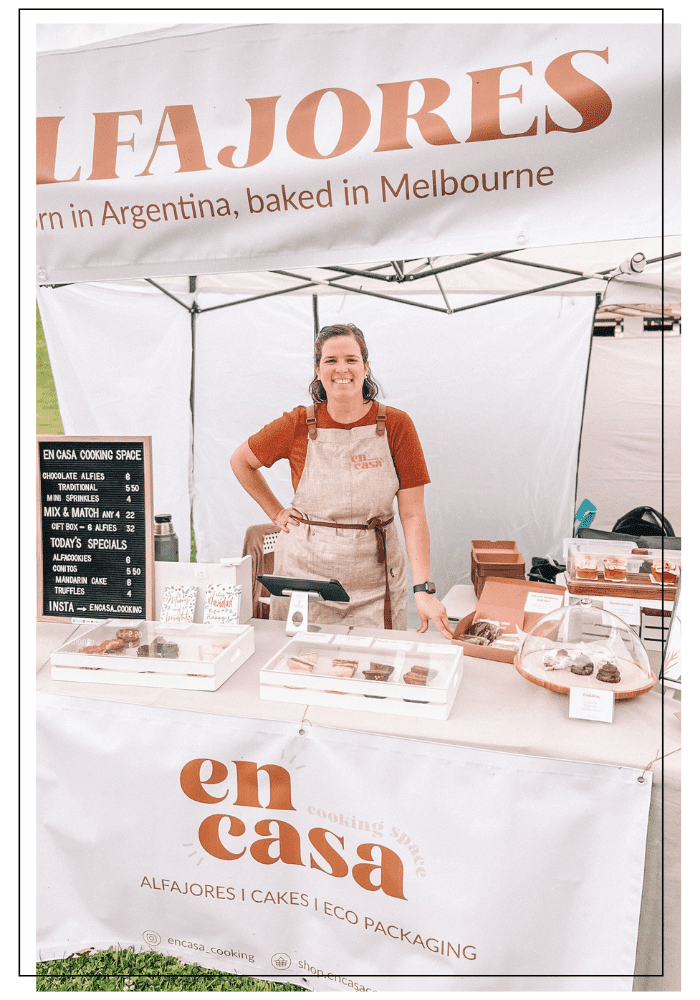 Can you tell I love Christmas time🎄🎅🏼? Ch

No words to express how grateful (and tired) I fee

Where to find En Casa for some alfies this weekend

This website uses cookies to improve your experience while you navigate through the website. Out of these cookies, the cookies that are categorized as necessary are stored on your browser as they are essential for the working of basic functionalities of the website. We also use third-party cookies that help us analyze and understand how you use this website. These cookies will be stored in your browser only with your consent. You also have the option to opt-out of these cookies. But opting out of some of these cookies may have an effect on your browsing experience.
Necessary Always Enabled
Necessary cookies are absolutely essential for the website to function properly. This category only includes cookies that ensures basic functionalities and security features of the website. These cookies do not store any personal information.
Non-necessary
Any cookies that may not be particularly necessary for the website to function and is used specifically to collect user personal data via analytics, ads, other embedded contents are termed as non-necessary cookies. It is mandatory to procure user consent prior to running these cookies on your website.
SAVE & ACCEPT
120 shares